Come into my World

Come into my world; see it as I see it. This world that is unexplainably complicated.
My best friend’s brother has just welcomed his son into the world. My sister is getting engaged next month. My favourite cousin was in a car accident that left him handicapped and he is okay with it, actually very positive about his life. These are all things that happen to adults.
Exactly what I do not feel like.
I am not an adult yet. I keep telling myself. But next year, I will mark 25 years on earth. 25 good long years, where I was supposed to have learnt how to survive, comfortably live on my own, be in a healthy relationship leading to marriage. Generally all things, I haven’t.
I never really thought of how life will be at 25.
Should I be the corporate smart lady who wakes up at 5:00am, goes for a run and is on the way to the office by 6:00? On a busy day, she will still be in the office at 9:00pm. She loves her job and is extra good at it. She is independent, knows what she wants and has it all figured out. I think but I know she doesn’t have it all figured out.
I used to love writing. Used to look at nation centre and say, that’s my future office, I used to. Maybe that’s the 24 year old I need to be. The writer, who has discovered her niche and does a hell of a job. She is a happy go lucky girl. Send her to a press conference and rest assured she will give front page worthy news. A lifestyle article, farming article, stock exchange, she can do it and do it right. Sure she will deliver last minute, works well under pressure. Suffers from writer’s block hence has articles in store for those rainy days. She handles her bills and life just the same way, risk taker but not too risky.
Maybe I should go back to church. Immerse myself in the Church maybe that is where I belong. Right there where I know my heart will be at peace. I can be engaged to the youth pastor. Spend all our weekends traveling and preaching. Spreading the gospel and living my life exactly how God meant it to be lived.
But I never imagined being 25, I still feel like a child. Even my body doesn’t look 25.
I am still that young girl who was raised in a windy cold village. Who met ‘walevis’ on the way home and would spend hours listening to their stories because she was too scared not to. The girl with the black dog, that was seemed as old as the world. Black, deep wolf eyes, always following people around with a look that said “I know what you did but I don’t judge”.   I am that girl who dreamt of building a big hut and filling it with enough modern equipment and rooms to fit 6 people.
That girl who collected unique stones, read Greek mythology stories and rewrote them. My classmates thought I was an amazing story teller, yet I was simply rewriting what I had read. Ain’t I lucky no other 11 year old ever read Greek mythology?
I still meet those boys and girls who jumped fences with me. Literally, we jumped the school fence to get to the University mess first. They look so different. Some are tall and handsome. Others are mothers and ooh so smart.
That tall guy who used to sit at the back of the class and never said a thing. Luke** used to walk around with a slight bend trying desperately to be shorter than he was. He had pimples on his face while the rest of us had smooth baby faces. Well I met him the other day and he has blossomed into a handsome man with piercing eyes and a shy smile. Blossomed into that guy you look at more than once and desperately hope he looks at you.


Nancy**. I met Nancy** in class 4, she had been forced to repeat class four. She was a loud spoken, playful girl. We quickly became friends. She had this air of maturity about her. Like everyone thought she knew more about the world than the rest of us, hence we respected her. Academics were not her forte then. Today, she is doing her masters looking more sophisticated than Caroline Mutoko. Hear her speak and you wonder what happened? Did I really know you back then?
Posted by innocent uni gal at 07:01 No comments:

Friends: Him and Her

My friend lost a part of him.

I have a friend. First met him, almost 15 year ago. He grew up in the city, he held adult like conversations with his parents and had an opinion on everything. So there I was a young girl in the village and this city boy ( younger than me) is acting all mature and confident. Fast forward years later and many more meetings; in ushago, running away from boring crowds, the occasional drink up afternoons. We are now house mates. He has lived in my house for a week but already knows more people around than I do. He has a charm and people flock to him. My fundi ignores my calls but bombards him with calls. I call him my cousin, he doesn't. He says I love you. It comes easy to him. Last week, he packed and left. Just like that I was alone once more. I hugged him goodbye, one rainy evening and watched as he sauntered away rain and all into the dark night.

Yesterday, I saw him again but this time he was lying in a hospital bed, hurt. He smiled at me and told me to say the truth and keep it real with him. I couldn't. Maybe I will take him some oranges.
I promise I won't cry, cannot promise to be real with him.

I moved into a blue, purple, lime green and orange house.

My new house is beautiful. The walls are blue, hmm no they are purple with a shade of orange and a touch of lime. Beautiful. But I did not do anything. She did. She is amazing.A bigger person, I have not yet met. She found a painter. A troublesome mlevi but good painter. For three days, the painter paited and disturbed her."Andi, I tunahitaji more paint, Andi hapa unahitaji fillers, Andi hii overcoat sii mzuri." For three days, she listened. On the fourth day, she gave him more. More money, more responsibility, more pressure. He ran away, with a bottle of legend in his hand and a scowl on his face. She handled it like a boss and took over.
Today, the house is comfy and warm. It has running water, lights in all rooms, colour. From a dark, waterless, empty hub to a home. She did it. ( Now if only I could find the perfect man for her.)

Posted by innocent uni gal at 02:33 No comments:

I was once the strongest. 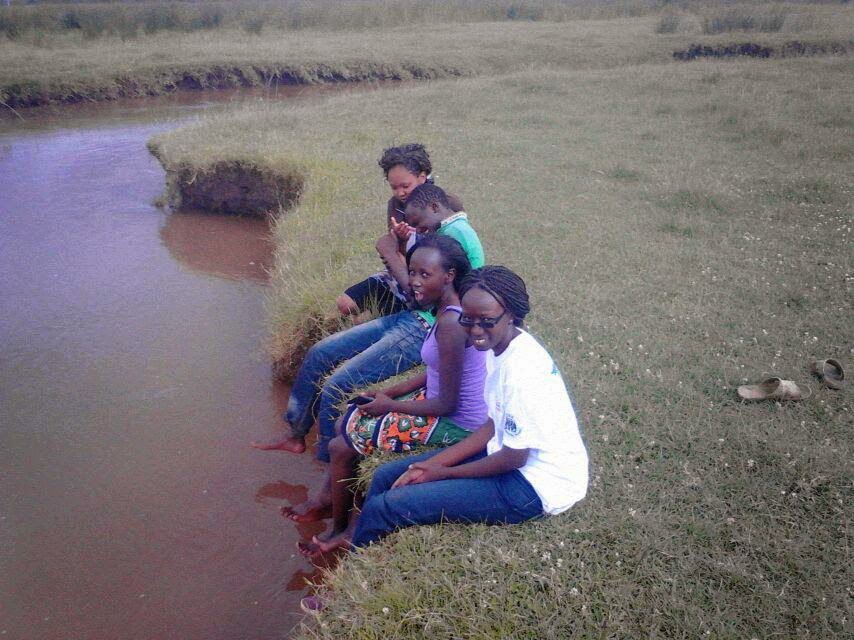 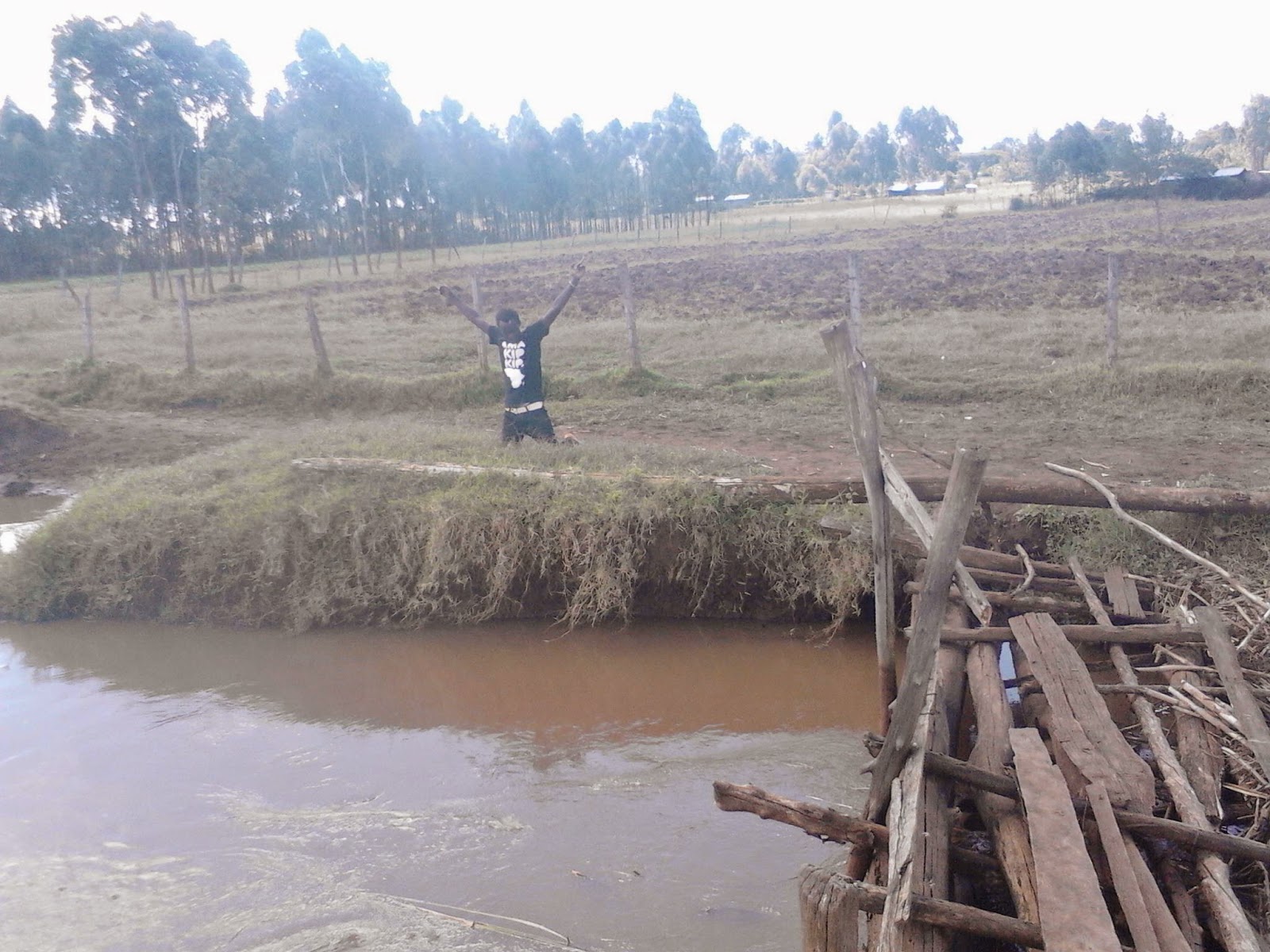 Posted by innocent uni gal at 03:42 No comments:

I will never lead a strike, I think. 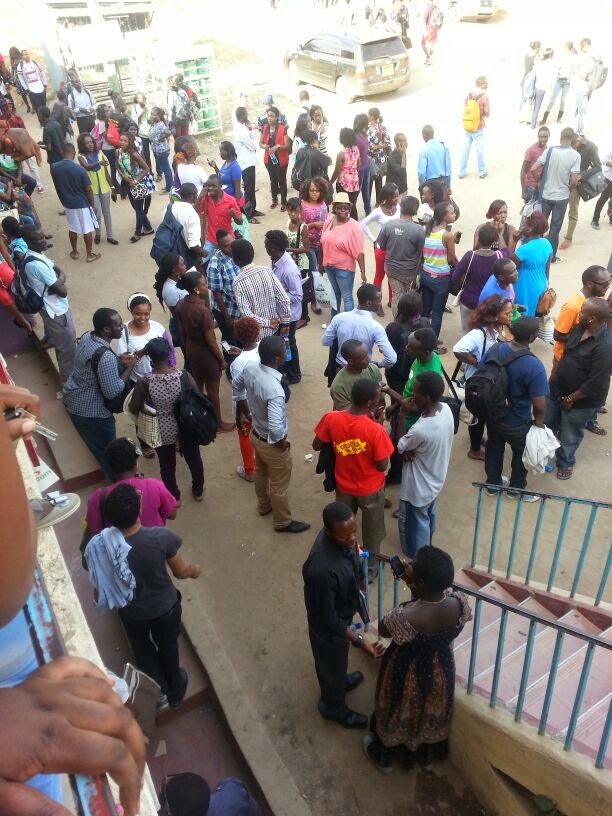 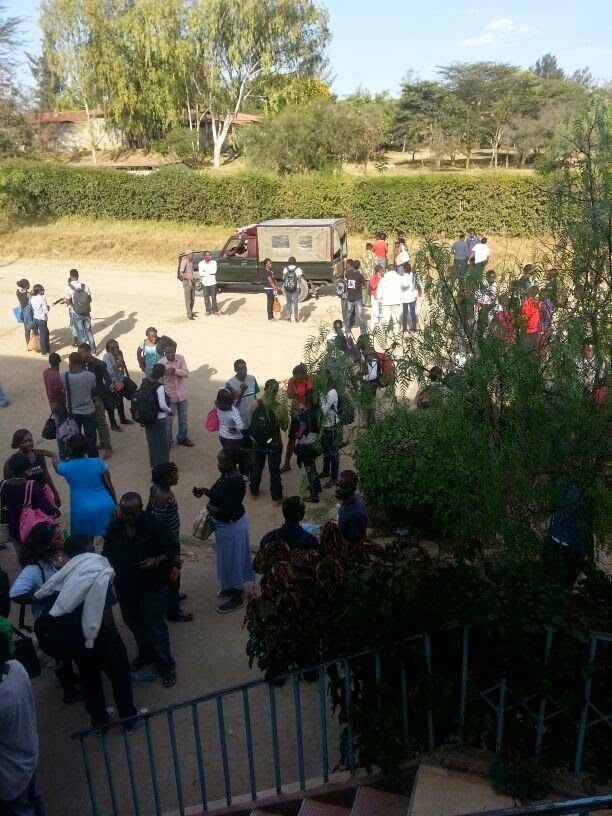 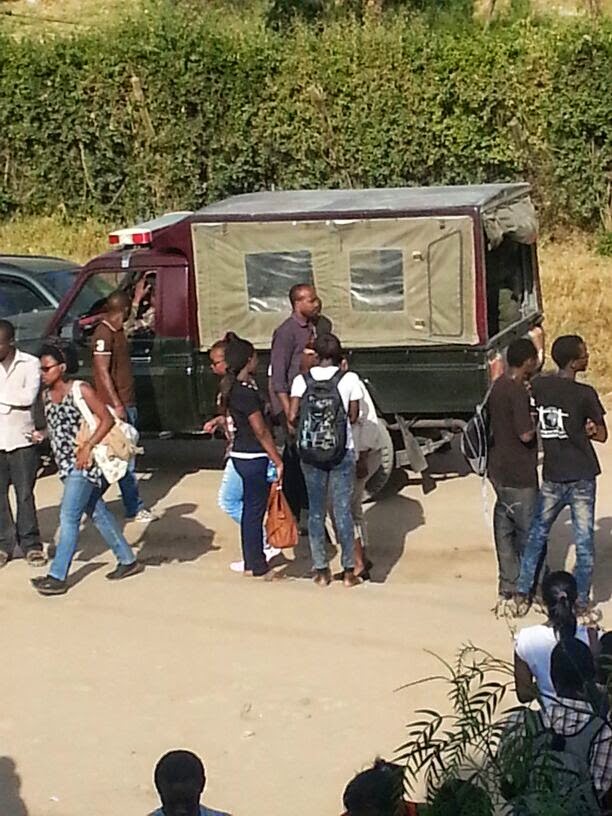 Three Stars in Me. Sisterhood: Of strength, charm, loyalty and togetherness. 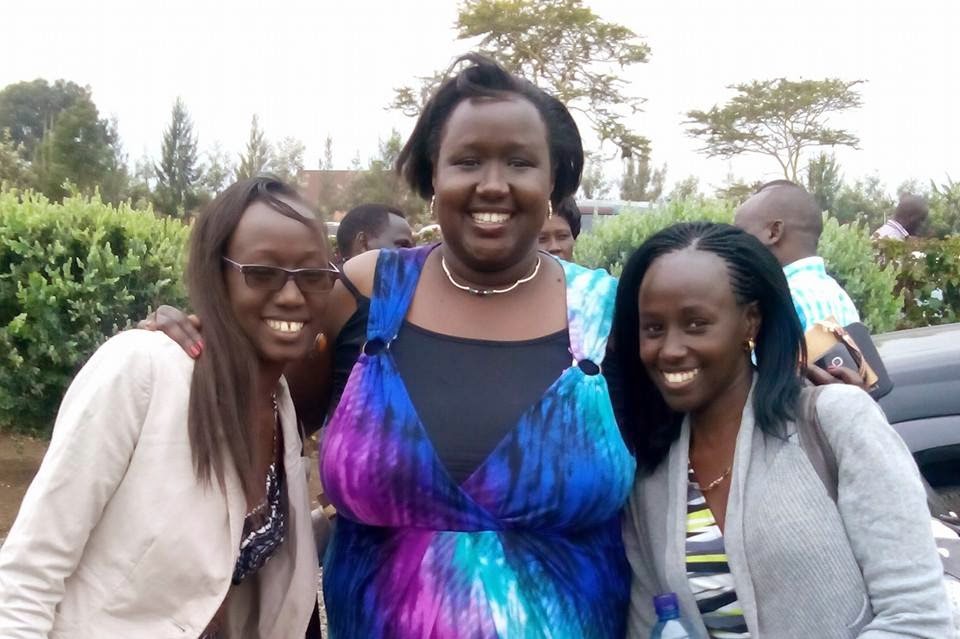 Posted by innocent uni gal at 11:26 No comments:

I dream that one day I will stand and say this words...

I want to take this opportunity to thank you all. Everyone who has stood by my side through everything. You all have made this possible. 1st, I would like to thank me famillie, the big one that I have. This extends from parents,siblings to cousins. A special mention is Susan my dear one. She was the one I have been with through all the stupid things av done. She is one person I call when I have done something stupid. The inspiration behind my career.
I want to thank my friends who have been great partners in life. I remember a saying your best friend is the one who will be sitting with you in jail as you both try and figure out how to get out. And I have had many such friends.  Many are the times we have been in compromising situations laughing, crying and swearing that it wont happen again.
I stand before you as the little girl who went to a small school in Eldoret, as the little girl who once recieved a present in an over-sized dress - that had dust stains on the side it looked like I had fallen sideways on my way to get the present, an over-sized sweater and very dusty shoes (My friends still laugh about that photo till today). I stand infront of you as that young girl who was afraid of submitting a story because she did not want to fail at what she loved.
I am still that girl who cries and hides away from the world when she is sad. I remain humble and know that I am here only because I got help. Others believed in me when  I didn't believe in me. A special mention goes to the guy who mentored me when I was a shy 21 year old. A.K May God bless you because all the thank yous I say are not enough.
Finally and most importantly, I would like to thank God. He has brought me from far since I was a tiny toddler born pre-mature, He has received a lot of tears and frustrations and He has held me through it all and kept me sane.
I hope to get a chance to keep on doing what I love and mentor other talented but shy young people.
Thank you. 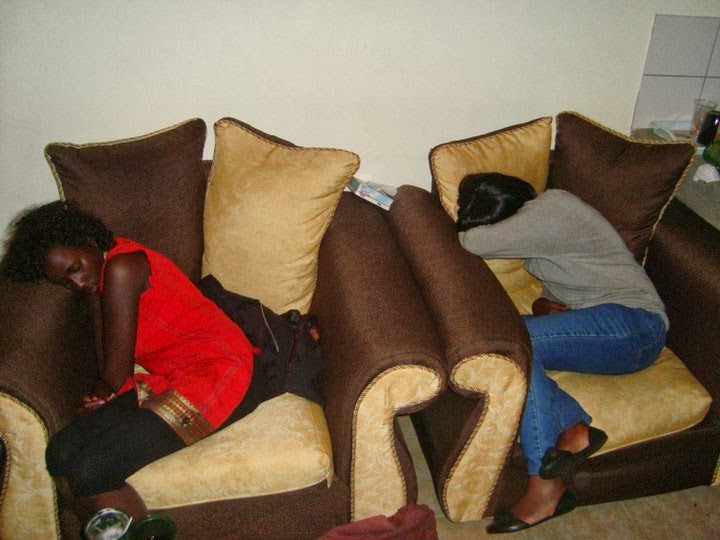 Posted by innocent uni gal at 04:05 No comments:

I RUN AWAY, SORRY BUT ITS A HABIT

I am a professional runner. Not because its in my blood (hehe utajuaje am a kale) but because I do not confront people, issues.
If I am in a tricky situation, my first reaction is to run as fast as my nimble legs can take me. I recently learnt that I am a dreamy idealist and guess what. Dreamy idealist run away from confrontation. They are peaceful people.
I used to want to do Human resource but I would never have the courage to fire anyone. I would call in sick on the firing day. Hehe firing day.
Well, confrontations are dirty affairs because they always end up with people getting hurt. I think I will tell everybody I have a relationship wiht that I am a runner so that when I run they will understand.
Isn't it romantic if I meet someone who I will run away from because I think they do not love me only for them to chase me till they overtake me.
Aww right??? Right? Right? Right?

Posted by innocent uni gal at 09:15 No comments: